Home » Board of Visitors » Jim Holte 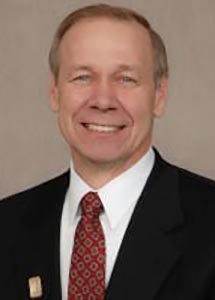 Jim Holte was elected president of the Wisconsin Farm Bureau Federation on December 2, 2012. He was elected to the WFBF Board of Directors in 1995. He represents District 9 which consists of Barron, Chippewa, Dunn, Pierce, Polk, Rusk, Sawyer and St. Croix county Farm Bureaus as well as the Superior Shores County Farm Bureau, made up of Ashland, Bayfield, Douglas and Iron counties.

Jim is a 1975 graduate of UW-River Falls. He and his wife, Gayle, have two children and five grandchildren.