Home » Board of Visitors » Jerry Deschane 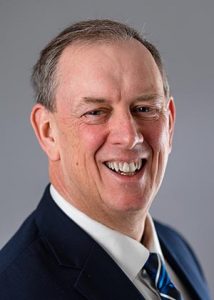 Jerry is just the fifth executive director in the league’s 120-year history. Under his leadership, the League is working toward a new level of engagement with its members including building up the League’s lobbying strength with the Wisconsin Legislature. A substantial part of Jerry’s time is spent crisscrossing Wisconsin and working with all 602 of Wisconsin’s cities and villages.

A native of Wisconsin, Jerry’s first experience in Wisconsin government involved helping his father create the zoning maps for Crivitz when it was incorporated as a village in the 1970s. On behalf of the League he serves on the board of Directors of The National League of Cities, Competitive Wisconsin Incorporated, the Wisconsin Society of Association Executives, League of Wisconsin Municipalities Mutual Insurance, and the Municipal Property Insurance Corporation and is the Secretary of the Local Government Institute.