Home » Board of Visitors » Tom Bressner 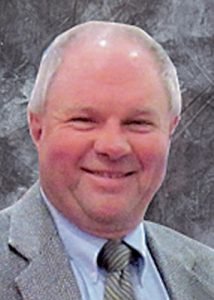 Tom Bressner is a native of Pontiac, Illinois, where he grew up on a small farm growing corn, soybeans, alfalfa, and milking registered Guernsey dairy cattle. He graduated from Illinois State University with a B.S. degree in Agribusiness Management.

Most of Tom’s career was spent as the General Manager of Assumption Cooperative Grain Company in Assumption, Illinois, where he marketed millions of bushels of grain nationwide each year via truck and rail. In addition, Tom served as the Secretary of a short line railroad company, President of a small convenient store chain, and on the board of directors for a transportation LLC that owned, leased, and managed railcars on the Union Pacific Railroad.

Tom is an active Registered Lobbyist and the Treasurer for the “Friends of Wisconsin Agribusiness” Political Action Committee. Tom is also a past board member and member of the Long Range Planning Committee of the National Grain and Feed Association.

Tom has been married to his wife, Carol, for 38 years. They have four grown children, and five grandchildren. Until his wife retires from her career as a middle school teacher and coach (2019), they have an apartment in Madison and a home near Moweaqua Illinois. Tom is also Secretary of the Board of Deacon at the First Baptist Church of Moweaqua IL.